Barry Weighs In On WCC

First, let me say that I am not qualified to be analyzing world championship games, so my perspective will be that of a very interested observer. Game one was drawn after 42 moves. Since Carlsen has a dry sense of humor and game one was three days after the US election, he felt the Trompowsky opening would be appropriate. After a Carlsen inaccuracy, Karjakin built a defense which held easily and will become the story so far in the match. Game two was drawn in 33 moves and gam
16 views0 comments

Karjakin vs. Carlsen, Round 2 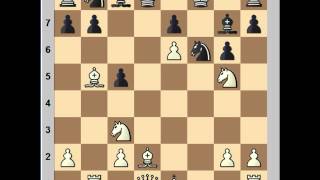 Talk about a sense of humor! The Trompowsky Attack! #WCC #openings
28 views0 comments

The World Chess Championship is coming to our website! #WCC
23 views0 comments